The "Sasha doll" was named after her designer, Sasha Morgenthaler who lived in Switzerland and died in 1975, aged 82 years. Many people knew her and even more people in this world knew of her and her hand made dolls.

She started to make toys, animals and dolls for her three children in the Twenties. The toys, available in the shops, were expensive and she did not like them at all. She tried to make her dream come true and was determined to produce human-like dolls which could be loved by children because they have a living expression.

It is the play of the asymmetry in the proportions which brings across this living expression. An asymmetric construction of the doll forms a unity which is the basis for the multitude of expressions. Later, with the help of a younger sculptor and moulder, Sasha began to make moulds in order to give solid bodies and limbs to the dolls. These hand-made dolls later became very expensive. Today, they are portrait dolls for parents or doll collectors.

However, she always wanted to make a doll for children that could also be bought by less well-off parents. In 1963, the first opportunity arose to develop a serially produced doll. The difficulties to overcome where huge. It seemed as though it was impossible at all to give the human-like expression to those dolls that had always been so important to her. After many trials, the first production was successful which was then stopped in 1986, as the new factory managers did not want to continue the doll's production.

In 1988, the licence for serial production of the dolls was given to an old friend of Sasha Morgenthaler who was already importing her hand-made dolls into the U.S.A, in order to sell them in New York. This licence was never followed by production, as this friend and licensee died in 1993 after a long and serious illness.

In 1994, the heirs of Sasha Morgenthaler found a producer in Franz and Marianne G?tz, with whom a new licence contract could be signed.

The "G?tz-puppenfabrik" in D-96472 R?dental is the best guarantee for the new future of the "Sasha Doll", as they, together with Sasha Morgenthaler, thirty years ago had already developed the serial manufacturing process of the Sasha Doll and made it fit for production with great success.

Where do Sasha Dolls come from ? - click here for pdf file 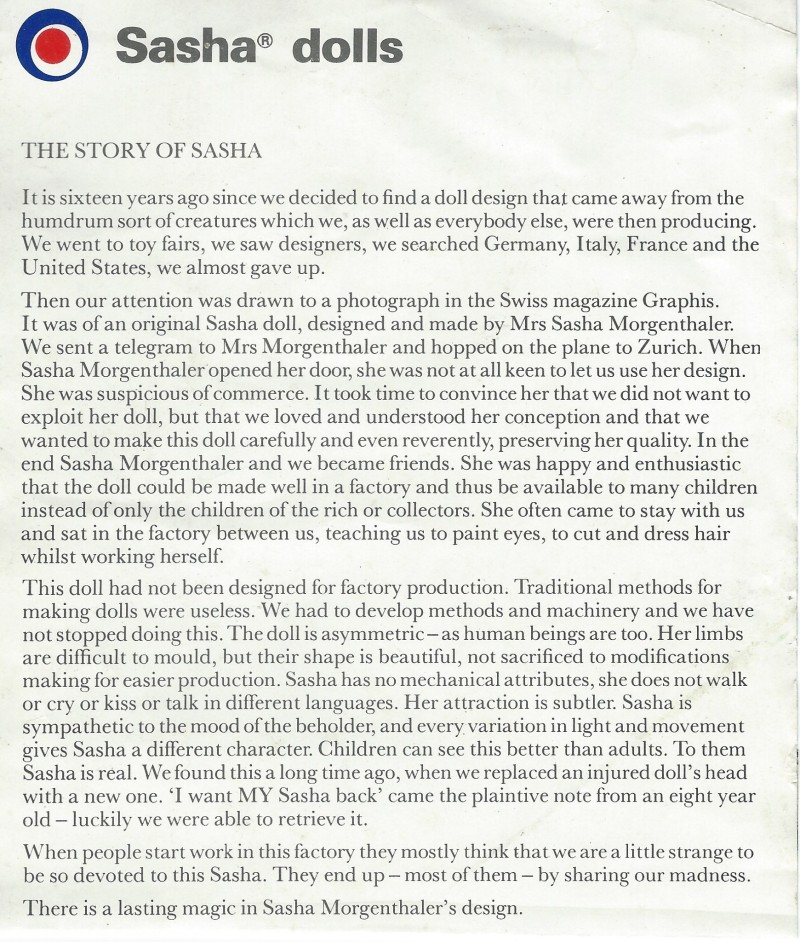 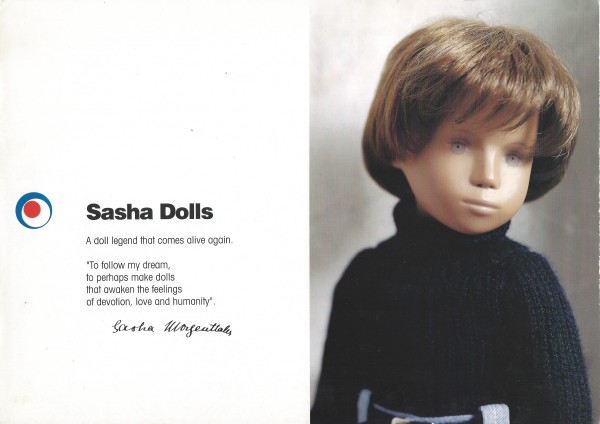 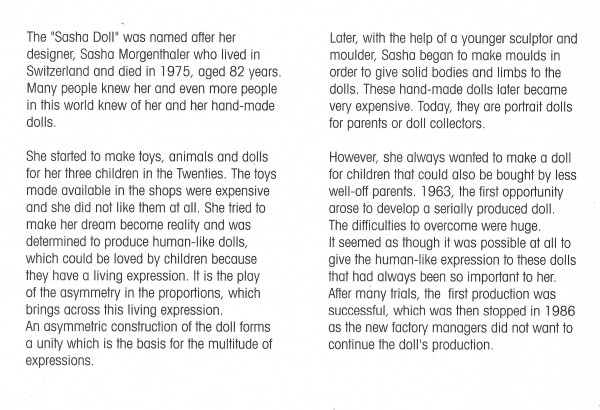 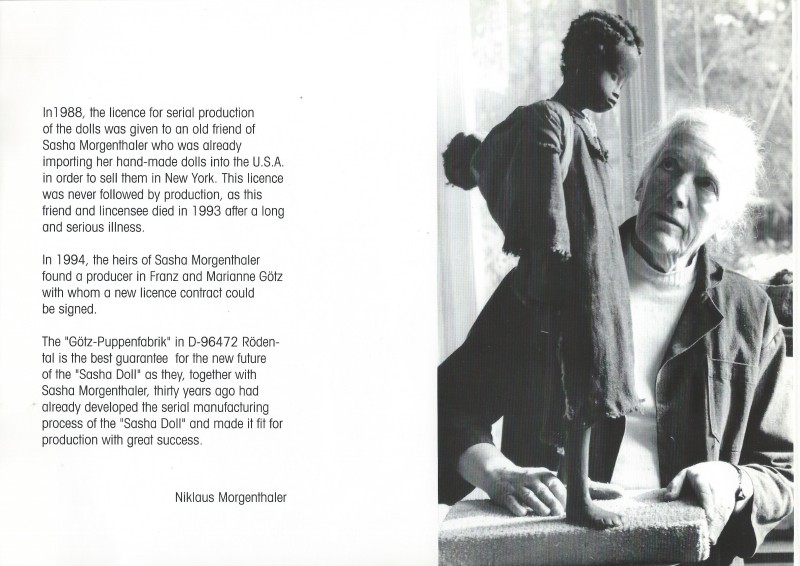 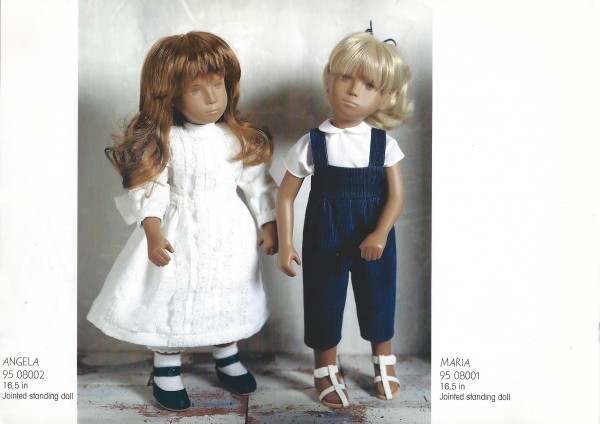 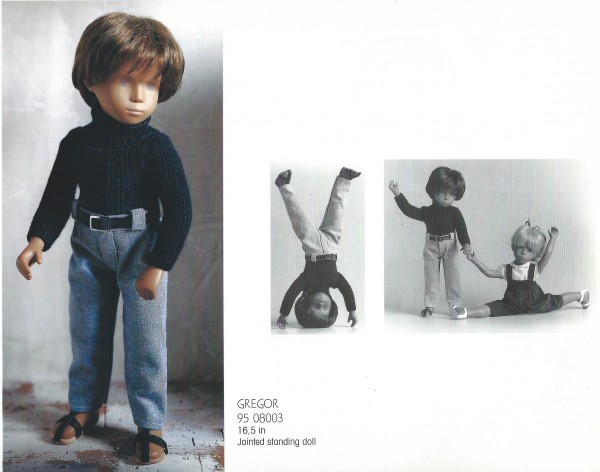